What Can You Understand about CBD and the Drug Interaction

CBD has many positive qualities due to its ability to interact with the endocannabinoid system present in the human body and can prove very useful to help fight inflammation,... 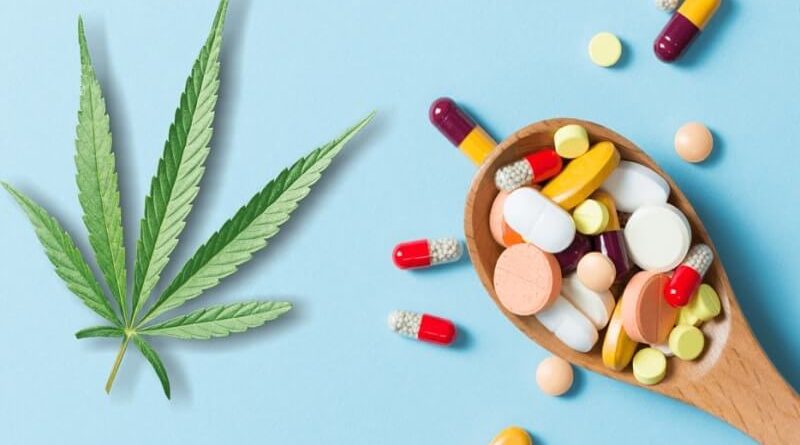 CBD has many positive qualities due to its ability to interact with the endocannabinoid system present in the human body and can prove very useful to help fight inflammation, various types of pain and restore balance to the stressed body. But like any type of supplement, there are some precautions that must be considered when deciding to take it, a very important one is to evaluate the possible interactions of CBD with drugs.

The CBD-based products are plentiful

From oils to be taken in drops, to solutions for vaping and cosmetic creams. The potential of this substance, which has already become a drug, is vast. But we still need studies and clearer regulation on the matter, the experts explain.

Scientific studies. Organic, natural products without GMOs, pesticides, or pollutants. Analyzed in the laboratory. The presentation of cannabidiol- based products ( CBB ) by the various online retailers are so well seasoned – medically speaking – to leave you speechless or to raise an eyebrow.

It seems too good to be true

A natural, safe, relaxing, anti-inflammatory, pain-relieving, soothing product, good for insomnia, depression, and even against multiple sclerosis. All in one substance, cannabidiol, an ingredient extracted from cannabis (one of the hundreds of active compounds that can be derived from the substance) and that can be taken in virtually any form, in variable percentages: it can be vaped, ingested as drops or capsules, drained in beers and cocktails, spread in creams, because the fashion of the CBD has also conquered the cosmetics sector, making proselytes. And it has gone even further, expanding to the vet.

Yet in recent days Dustin Lee, a psychiatric and behavioral science scholar at Johns Hopkins University on the New York Times pages, spoke of it as a sort of new snake oil: so much noise, so many properties attributed, few (yet) scientific evidence. Like other experts when it comes to cannabidiol, Lee refers to the fact that, at the moment, we move more on the level of potential than of certain, documentable, and coherent effects. In essence, according to various experts, there are still studies on the subject.

Not that they are missing, far from it: to browse through the pages of clinicaltrial.gov there are several experiments involving the use of the CBD against anxiety or in inflammatory and intestinal diseases, for example. And on the PubMed database, there are hundreds of researches that have as their object the cannabidiol, with a number of publications in a surge in the last decade. The scientific literature and clinical research are flourishing and promising, but at present, what could we say about the CBD, when marketing would seem to have already decreed its success?

Alcohol, CBD, and Cannabis Light, how do they interact?

This does not change the fact that CBD is a very safe substance and well tolerated by the body. In fact, this cannabinoid initially put under the spotlight for its efficacy in the treatment of some types of refractory epilepsy such as Dravet Syndrome, is today a very studied molecule in the medical field and has found great success in various therapeutic fields.

But because of its important ability to influence the endocannabinoid system on several levels, it is important to know the possibilities of cannabidiol interaction with other drugs, whose efficiency could be counteracted and reduced by the intake of CBD.

What does CBD have to do with grapefruit? In practice, the cannabis molecule and this citrus fruit share the particular ability to inhibit cytochrome P450, an intestinal and hepatic enzyme responsible for detoxifying the body. At certain doses, CBD (just like grapefruit) inhibits the action of these enzymes, thus altering the process of metabolizing drugs and other substances. This is why taking high-dose CBD when taking drugs could result in total or partial loss of efficacy.

Dosing issue and form of recruitment

Several scientific studies that we have analyzed ( including this one ) argue that at basic doses, the effect on liver activity is very low, and therefore it is possible to take CBD without particular interactions. But the safety threshold has not yet been defined (moreover, the processing and accumulation of CBD are very subjective) therefore we recommend caution with the intake of life-saving drugs. Furthermore, these studies refer to the oral intake of CBD, there is currently no evidence of interactions with intake by aspiration, which acts on different systems.

What are the best-known drugs that are inhibited by taking CBD?

As we have said are those that are metabolized by the cytochrome P450 enzyme, here is a list of genres

Other drugs, on the other hand, should not be taken in conjunction with CBD because they can trigger side effects. The best-known examples are the anti-epileptic drug valproic acid (taking CBD could increase the risk of liver damage) and the Depressors of the Central Nervous System (like many sedatives, tranquilizing and hypnotic drugs) which together with cannabidiol could amplify the sedative effect.

For any doubts about possible interactions between the CBD and the medications you are taking or that you have been prescribed, we advise you to investigate thoroughly with your doctor, it is very important indeed to have the opinion of an expert when it comes to important health matters and doesn’t rely on do-it-yourself.

Is CBD oil bad for your liver?