5 Things You Should Know About Weed in Barcelona

Over the last decade, Spain’s cannabis industry has been through a lot of changes. Thanks to the efforts by pro-cannabis groups in the country, cities like Barcelona are now... 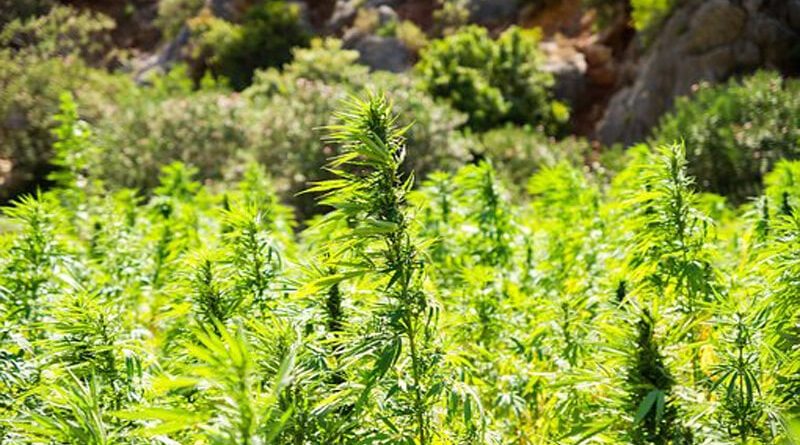 Over the last decade, Spain’s cannabis industry has been through a lot of changes. Thanks to the efforts by pro-cannabis groups in the country, cities like Barcelona are now able to compete with weed havens like Amsterdam.

But did you know Barcelona enjoys the reputation of being one of the most cannabis-friendly cities in not just Europe but the whole world? Probably you did. Needless to say, the Catalonian capital attracts weed enthusiasts from every corner of the globe.

The laws around the cultivation, distribution, and consumption of marijuana in Spain are way more relaxed as compared to other countries in Europe, but there are some fine lines that lie between what’s legal and what’s illegal.

Are you wondering “is weed legal in Barcelona”, or what you can do there as a weed tourist without crossing over to the other side of the legal boundaries? Read on to learn five facts about the weed scene in Barcelona.

5 Facts About Weed in Barcelona

1. You Can Grow Your Weed in Barcelona

You can grow up to three marijuana plants in your private residence for personal consumption. The only limitations are that your plants should not be visible from the roadway and you should never sell your homegrown weed for money. Simple as that! As far you are willing to keep it discreet and don’t flash your plants in front of the public, chances are you will be on an unlimited supply of some dank homegrown stuff.

Cannabis clubs in Barcelona grow their own weed too, only at some top-secret locations in and around the city. The number of plants they grow, however, depends on the demand for weed from their members. They also need to comply with health and security measures that the government wants them to have in place for their growing operations.

2. Weed is Not Totally Legal in Barcelona in the Literal Sense

Who wouldn’t imagine in an ideal world, you would be free to use weed however way you like? But cannabis use in Spain is just short of being that. All you need to remember that you can’t smoke weed in public places.

Having said this, the right to privacy allows everyone in Spain to do whatever they wish behind closed doors, which includes growing a few marijuana plants and smoking them up. So, if you have a friend who has a residence in Barcelona and doesn’t have a problem with you smoking up there, count yourself lucky!

But if you don’t have a friend who lives in Barcelona, the Spanish constitution allows you to enjoy the right to association, which means you are allowed to be a member of a social club, like that of a cannabis club – which brings us to our next point in the list.

3. Barcelona’s Cannabis Clubs Are the Only Source of Legal Weed in the City

It’s important to get access to a cannabis club because it’s the only safe and legal way to get your hands on some pot in Barcelona. However, unlike Amsterdam’s coffee shops that sell weed and are open to everyone, the cannabis clubs in Barcelona have limited membership and have to operate “low-key” i.e. hidden from public awareness.

Not just that, they can only be accessed by its registered members, who are all required to pay an annual membership fee to the club. Anyone new who wishes to join a cannabis club in Barcelona requires a referral or an invitation from an existing member.

Having said this, cannabis clubs are one of those places where stoner buddies can roll and smoke their spliff in peace. There, you can just forget whether cannabis is even legal or not. But the trick is to get in!

This one comes as a shocker to most people who are unfamiliar with the cannabis culture in Barcelona. There is no such thing as a coffee shop in Barcelona. Barcelona’s coffee shops are its cannabis clubs but they do not sell weed. It’s in sharp contrast to the coffee shop culture, the kind you would find in Amsterdam, where you can just walk in, buy your weed, and walk out.

Instead, cannabis clubs in Barcelona grow or acquire their cannabis collectively, which means each member of the club is entitled to a share of pot for their contribution, usually a few grams per month. If you are a member of such a club, you are technically paying for the weed you smoke but not buying it in the literal sense.

So, refrain from asking a club representative how much it costs to have a gram of some fine kush. Wondering how do you address your budtender at a cannabis club how much would it cost you to

have a sesh there? Well, you can ask them for your share of weed, like “What is the member share for a quarter an ounce of Lemon Haze?”, for example.

Also, try taking “buying weed” as a phrase out of your dictionary when you are in Barcelona. The only way you can buy weed in Barcelona is through street peddlers, and it is illegal. If you get caught buying weed from someone or smoking it in public, you will have to pay the fines and your stash will be confiscated.

5. There’s No Shortage of Tourist Traps in Barcelona

Barcelona has been moving up the top charts when it comes to destinations for weed tourism. But along with the surge of tourists, the city has also been witnessing a rise in the number of tourist traps.

While you are just having a stroll around Las Ramblas and appreciating the beauty of this amazing city, it’s possible you will encounter someone who will claim they will help you score weed. In most cases, they will look slightly shady and try to ask you whether you are looking for a coffee shop in Barcelona. If you do fall into their trap, you will be guided into joining subpar social clubs that could get shut down any day.

The local law states clearly that any kind of promotion or advertising of a cannabis club is illegal. So, keep this in mind, and if someone on the street approaches you, claims to offer you the membership to so-and-so club and asks if you will be interested in the offer, answer them with a big NO for your own good.

Medical Cannabis Within The Reach Of All