Everyone knows that the consumption of THC (tetrahydrocannabinol) can affect the metabolism by stimulating the appetite and causing you to devour everything you see. But THC is only a... 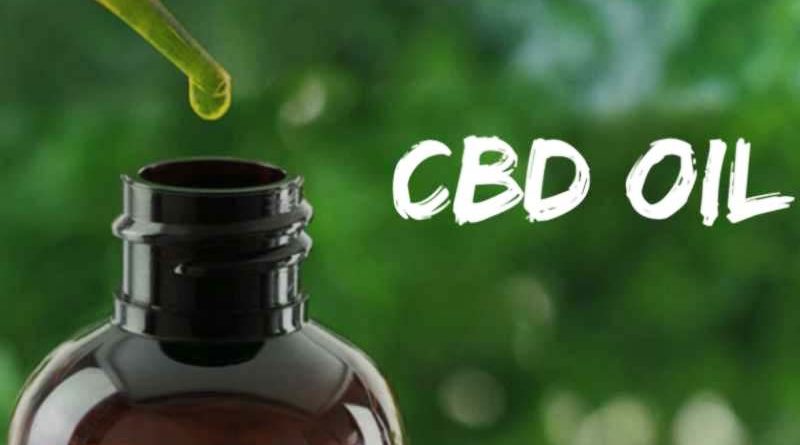 Everyone knows that the consumption of THC (tetrahydrocannabinol) can affect the metabolism by stimulating the appetite and causing you to devour everything you see. But THC is only a cannabinoid. Like CBD, another appreciated non-psychoactive cannabinoid with great therapeutic potential. CBD also has an effect on metabolism but in a way that might surprise you.CBD as an appetite suppressant is being used worldwide.

Science has shown that CBD has a direct effect on our metabolism. During 2016, Korean researchers published a study on this topic in the scientific journal Molecular and Cellular Biochemistry. After carefully observing CBD and its effects on immature adipose cells, alias preadipocytes, they discovered with astonishment that this cannabinoid does not have one, but three ways to activate the “brown fat”.

The researchers not only discovered that CBD stimulates the proteins and genes involved in the breakdown of fats, but also enhances the number and activity of mitochondria, increasing the body’s energy to burn calories. Interestingly, it was found that CBD also reduces the expression of proteins involved in the creation of new fat cells.

Many believe that white fat increases the risk of diabetes, heart disease, etc. while brown fat has the potential to promote weight loss by burning energy. Once the study was completed, the researchers concluded that CBD has the ability to “activate brown fat,” or in other words, convert white fat to brown fat.

The role of the Endocannabinoid System in Metabolism

The endocannabinoid system (SEC) is what helps CBD interact with our bodies. In addition to the signaling chemicals and receptors, the SEC is composed of metabolic enzymes. Science has shown that the endocannabinoid system is directly related to several metabolic functions, such as nutrient transport and energy storage. It is also said to be involved in the management of insulin sensitivity.

Once again, we all know that cannabis, especially the varieties rich in THC, affects metabolism by stimulating the appetite and allowing us to consume more calories than usual. But hunger is not the only thing that can stimulate marijuana. According to a study conducted in 2008, the endocannabinoid system also stimulates other areas of the body involved in metabolisms, such as the skeletal muscles, the gastrointestinal tract, and the endocrine pancreas, to name a few.

Evidently, the SEC does the same through two endogenous endocannabinoids: anandamide and 2-AG (2-arachidonylglycerol). These compounds interrelate with two types of receptors, CB1, and CB2, which are found in different parts of the human body, including the brain and the digestive system.

CBD has the potential to contribute to the metabolism of the compounds absorbed from food during the digestion process. On the other hand, the endocannabinoid system should never be overstimulated, as this could result in the opposite effect. For example, overstimulation would not only lead to abdominal obesity, but also to insulin resistance, and even to increased energy storage in the fat cells.

According to the Endocannabinoid Research Group, when the CB1 receptor is stimulated, it increases the likelihood that the metabolic syndrome will develop, a disorder associated with adverse symptoms such as high blood sugar, hypertension, excess body fat, etc. However, researchers have also discovered that CBD, which is a CB1 receptor antagonist, could treat this disorder, and others like it.

The effect is related to the Cannabinoids that stimulate it

Although cannabinoids such as CBD can decrease food intake, reduce weight gain, and eliminate appetite, other compounds such as CBN have the opposite effect. In 2012, a study conducted by the Faculty of Pharmacy of the University of Reading in the United Kingdom discovered that the CBD achieved all the above in rats. But the CBN had negative effects, such as an increase in appetite and weight. THC has the same results. But, interestingly, regular users of marijuana who use varieties rich in THC have a lower body mass index than non-smokers.

All this comes down to that, although studies show that CBD affects metabolism in a certain way, more research is needed before we can be sure of the extent of the effect of this cannabinoid, and of the other hundreds of them, on the metabolism of the human body.

It has been discovered that the use of CBD as an appetite suppressant is much appreciated worldwide. It does not stop you from eating but it can make you feel more satiated before, reducing the amount of food consumed. British rats trial on this subject found that rats that received CBD consumed significantly less food during the study period. The conclusion of this study was that CBD can reduce food intake, but more research is needed on its effects against obesity.

As with any weight loss plan, exercise, and diet are the keys to success. Taking only CBD oil would not work on its own, but it has been suggested that certain varieties of cannabis (higher in CBD) could help a person to concentrate and be more active. If you use CBD as an appetite suppressant, this cannabinoid could help you if you have trouble adapting to a new diet.

Hemp Oil For Reduce Pain – Other Benefits You Need To Know