Though both play a special role in a healthy lifestyle, there are certain differences between CBD and hemp oil. CBD oil is positioning itself as medicine with many applications... 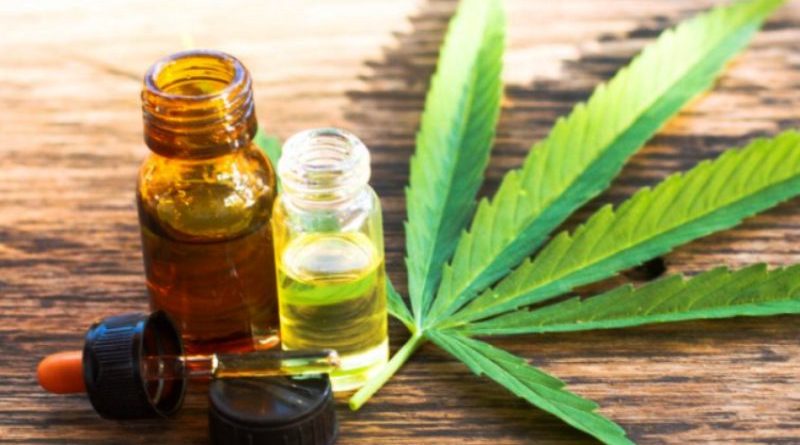 Though both play a special role in a healthy lifestyle, there are certain differences between CBD and hemp oil. CBD oil is positioning itself as medicine with many applications and backed by science. Hemp oil is full of nutrients, making it a great food or dietary supplement.

Because CBD is a fundamental cannabinoid that has shown the potential to contribute to the treatment of a range of health problems, it is important that those seeking therapeutic products know the difference between CBD oil and hemp oil to achieve results optimally. Although these two products are derived technically from the same plant species, their contents are unique among themselves.

The main difference between CBD oil and hemp oil is the variety of plant from which they come and what parts of the plant are used for their processing. Hemp oil, commonly known as hemp seed oil, is made by extracting the fatty oil when pressing cannabis seeds. This oil is highly nutritious and has many positive applications, but is not particularly therapeutic.

On the other hand, CBD oil usually comes from the flowers of cannabis plants, through various extraction methods, and has many more medicinal properties.

To make things clear, hemp and cannabis are technically the same plant species: Cannabis sativa. Cannabis species can be crossed to produce different levels of cannabinoids, resulting in exclusive genetics that can be used for different purposes.

However, hemp is still legal in many parts of the world as long as it is used for the production of fiber, paper, food, food, and fuel and not for smoking.

Cannabis is a generic term that covers all subspecies. The varieties differ physically and in classes of effects. When growers use the term “cannabis”, they often refer to plants that are grown for recreational and therapeutic purposes, which retain high levels of THC and CBD.

The difference in the process of oil generation

To obtain CBD oil the extracts can be derived from flowers of specially selected strains of cannabis or hemp. There are several techniques used to extract CBD and other elements of the cannabis plant. CO extraction is perhaps the most expensive method, but it produces great results. CO₂ is one of the most “clean” extraction methods since toxic solvents such as butane or propane are avoided. Extraction with alcohol is another common method. Other techniques such as oil extraction and ice extraction can be applied with variable results.

The hemp seed oil of the highest quality is produced with a cold press. This technique extracts the oil from the seeds without heating them more than a certain temperature.

CBD seems to offer important anxiolytic effects. In fact, this cannabinoid is now considered an effective substitute for drugs commonly used to treat anxiety, but with serious side effects and risk of abuse or even lethal overdose.

Further research has explored the potential of CBD in the treatment of brain tumors, specifically in glioma cells, cancer that originates in the brain or spine.

Another medical section in which the CBD has some really promising qualities in the treatment of certain forms of epilepsy. Desperate parents whose children suffer a rare form of the disease, called Dravet syndrome, have shared their success in reducing seizures and other symptoms. Recently, more videos have appeared online showing the incredible potential of the CBD to stop and suppress violent convulsions.

Cannabis has been gaining recognition as a potential treatment for cancer with very few side effects. Multiple cannabinoids produced by the plant have shown antitumor activity, and CBD is one of them.

Although hemp seed oil is not comparable to the consumption of CBD oil as a medicine, it offers a highly nutritious option as an ingredient and dietary supplement. Hemp seeds contain more than 30% fat and are very rich in omega-6 and omega-3 fatty acids. They also constitute a fantastic source of plant energy, since proteins represent 25% of their total calories.

Some data show that hemp seeds contain about 6mg of vitamin E per 100g. Vitamin E is a fat-soluble vitamin that helps balance cholesterol and fights free radicals, contributing to the health of the skin and even balancing our hormonal production.

100g of hemp seeds contain 1,100mg of phosphorus, which exceeds the recommended daily amount, which stands at 1,000mg per day, making the hemp seed a perfect source of this mineral. Phosphorus is associated with the maintenance of bone health, detoxification, an increase in energy levels, dental health, and cognitive function.

Hemp seeds contain 900mg of potassium per 100g, which represents an impressive amount in relation to the recommended daily amount of 2000mg. Potassium is an important mineral and can play a key role in the treatment of anxiety and stress relief, as well as in heart and kidney disorders. It is the third most common mineral in the human body.

Hemp seeds contain 1.3mg of vitamin B1 per 100g, approaching the recommended daily intake of 1.5mg per day. Vitamin B1, also known as thiamin, plays an integral part in the health of the nervous system, hair, skin, eyes, mouth, and liver.

Hemp seeds contain 1.2mg of vitamin B2 per 100g. This covers most of the recommended daily intake, which is 1.7mg. Vitamin B2, also known as riboflavin, plays a vital role in energy production.

Mostly due to a lack of regulatory guidelines, there is a great deal of confusion between these two types of oils, especially because there are cannabinoids in all of them. Part of this is a labeling issue; part of this is a language and regional issue. And most of all, this is a regulatory issue that has never truly been addressed. In general, the above-mentioned points are the best to rule of thumb to help guide you about the differences between hemp oil and CBD.