Cigarette smoke giving up is a tough job. However, it is seen now, the use of cannabis is giving a lot of support in the process. That miserable cigarette!... 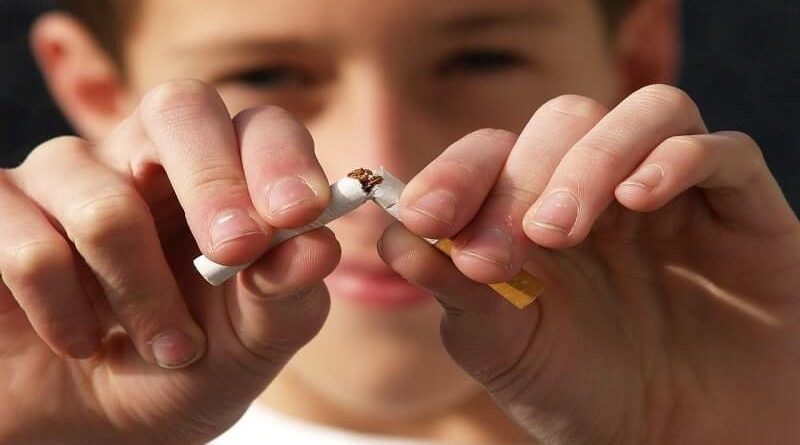 Cigarette smoke giving up is a tough job. However, it is seen now, the use of cannabis is giving a lot of support in the process.

That miserable cigarette! The number of smokers is dropping, but there are still many people who have a hard time getting rid of their smoking addiction. Nicotine patches, pills, and other substances sometimes do not work. The electronic cigarette turns out to be less good for you than initially thought. Tried everything, but nothing the desired effect? Then try CDB oil.

CBD has many positive effects on the body. That is why it is extremely popular. Cannabidiol is one of the active substances in the cannabis plant and has a great influence on our cannabinoid system. Cannabidiol helps keep cells healthy and has a positive effect on the immune system and the nervous system. But how can the drug contribute positively to stop smoking?

CBD saves their lives with this

Anyone who smokes every day for years has a great chance of ending lung cancer and more chances of heart failure, strokes, and other potentially fatal diseases. However, tobacco is still a stimulant used by many people. If you suddenly stop after years of using nicotine, it can lead to serious withdrawal symptoms.

Since the beginning of the 20th century, smoking has been a widespread issue in Europe. For many years, tobacco use has been the biggest preventable cause of death in the European Union. It is estimated that today, 100 million people smoke daily in Europe. According to another WHO study, tobacco remains the leading cause of preventable death in the world, killing approximately 6 million people a year and causing economic losses estimated at more than half a trillion dollars. Many studies published in biomedical journals indicate that CBD can treat drug addiction. In particular, two studies in the UK have shown that CBD has the potential to help people stop smoking cigarettes.

With the increasing popularity of CBD for treating addiction, people have found that it can also be an excellent alternative to cigarette smoking. There are supermarkets in Switzerland that sell CBD cigarettes known as “Marijuana Lite”. Many users smoke cigarettes to help end this habit.

There are also two recent studies by University College London on the effectiveness of CBD for quitting. The first study gave 12 smokers a CBD inhaler and another 12 smokers with a placebo inhaler to use whenever they felt like smoking a cigarette. The researchers found that those who used the CBD inhaler reduced their cigarette intake by 40%, while those who used the placebo did not suffer significant changes.

In May 2018, another study on CBD and smoking was conducted in the UK. In this double-blind, randomized study, 30 dependent smokers received 800 mg of CBD orally or corresponding placebo. The participants then received “pictorial tobacco suggestions” and were examined for withdrawal, cravings, heart rate, and blood pressure. In real life, these “tobacco cues” can be situations where the likelihood of relapse is greater, such as parties, drinking, or friends smoking. What they found was interesting: a single 800mg dose of CBD could help reduce the “pleasure” of cigarette sticks compared to the placebo group, especially when participants had abstained from smoking at night.

How does it work?

The fact is that quitting smoking is more than overcoming a physical addiction, it is also the process of breaking a habit, which is difficult and can cause a lot of stress to the dependent smoker. Smoking a CBD-rich flower or smoking a CBD e-liquid can not only relieve stress and anxiety but also fill the habit of holding something and smoking. The fact that CBD also naturally reduces anxiety and helps you relax is an added benefit in helping people to quit the habit. Many smokers continue to smoke simply because they like to inhale a substance to help them relax.

Using Cannabis to stop smoking cigarettes is nothing new. For years, many people have successfully used Cannabis as an alternative to cigarette smoking. THC, as well as CBD, have relaxing effects that can reduce anxiety and stress levels. However, smoking THC daily is not practical for many people. It is important to remember that CBD is not a psychoactive compound in the cannabis plant. Since it doesn’t get you high, while providing a ton of medical benefits, it’s a safer alternative to using THC-rich cannabis. It is convenient to use daily and even at work.

Why You Should Still Use Regular Marijuana Seeds

How to Use CBD for Menopause Symptoms