The Risks and Problems of CBD Oil

In the last couple of years, cannabidiol has become immensely popular across the world. CBD oil started its journey from treating the problems of the children suffering from Dravet... 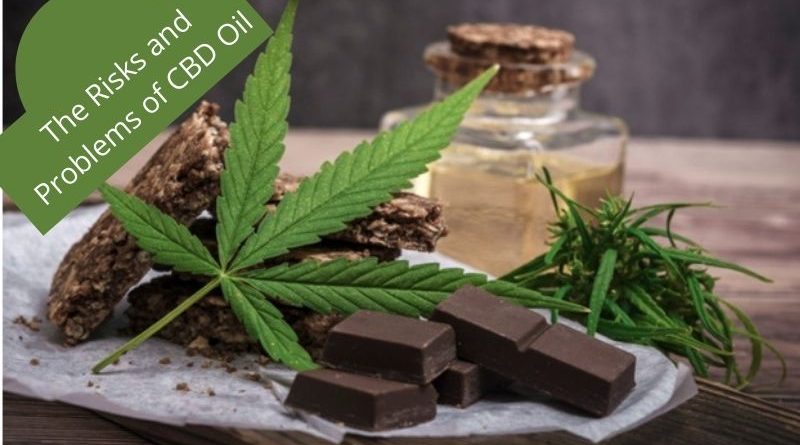 In the last couple of years, cannabidiol has become immensely popular across the world. CBD oil started its journey from treating the problems of the children suffering from Dravet Syndrome.

From there, the CBD International oil is now being used for treating different medical issues and lifestyle diseases. Unlike another component, THC, which is also found in the cannabis plants, CBD is non-psychoactive. That means while it can treat the problems, like pain and anxiety among the patients, it does not create the signature ‘high’ feelings among them.

While the CBD oil is showing significant positive results in the preliminary studies, the volume of researches in this section is still severely lacking. That’s why it can’t be said that CBD oil is absolutely harmless. The purpose of this article is to let the users and the other patients be aware of the benefits as well as the risks of using CBD oil so that they can make a knowledgeable decision about using it.

What Is CBD Oil?

Cannabidiol or CBD is one of the numerous compounds that one can find in cannabis plants. For the last few years, researchers across the world are trying to find the therapeutic usage of CBD.

THC (delta-9-tetrahydrocannabinol) is the best-known compound of the cannabis plants due to its psychoactive effects. Contrary to it, CBD is not at all psychoactive. When someone uses the CBD International oils, it does not alter the state of mind of the user. However, it can cause some significant changes in human bodies. It is these changes that help the patients deal with the problems of pain and anxiety and whatnot.

Today, medical practitioners across the world are using CBD for treating different medical conditions. The effects of CBD as a treatment is under rigorous experimentation, and most of the experiments are showing positive results.

The fame that CBD got for treating the problems of epilepsy in children, ensured the attention of the world. Now, they are trying to find out whether CBD is as effective in treating other problems as well.

There are indications that CBD can treat problems like schizophrenia, Parkinson’s disease, and anxiety disorder. While there are some supporting data that cannabidiol can lessen the effects of traditional cancer treatments, there are no supportive clinical data available yet.

It signifies that the CBD, either actual or synthetic, can safely and effectively cure cancer. So, cancer patients should show great caution while using CBD International oil for treating cancer. The type of cancer, as well as its severity, should be considered before using CDB products.

The second problem is that CBD products do not undergo any stringent testings, which are a must-have for most of the medicine. Mostly, CBD is sold as a supplement, so it entirely depends on the manufacturers whether they will be testing the products or not.

While some of the manufacturers of CBD International do submit their products to the private laboratories for testing, other manufacturers simply avoid this step. As the industry is largely unregulated, the consumers have little or no insight into the contents of the products they use.

Drug interactions are yet another issue, which can cause severe side effects on the patients. There are many drugs and toxins that the human body can break down. Our liver metabolizes the drugs and eliminates the excess portions from our bodies effectively.

The researchers have noted that some food items, like grapefruit, interferes with the process of metabolization and allows the drug to build up in our bodies. This accumulation of drugs can cause a significant health risk. As CBD interferes with the process of metabolization, it can lead to drug accumulation in our bodies, causing bigger health issues.

CBD and Other Medications

Researches indicate that CBD can interact with the following medications.

A study published in the Epilepsy and Behavior Case Reports Journal found that CBD significantly interacts with one of the most used blood thinners. If proper steps are not taken, the build-up caused by CBD can cause severe bleeding.

While some of the CBD drugs are being used for treating the problems of epilepsy in the patients, incorrect doses can create serious problems resulting in aggressive seizures. That’s why this drug should only be taken when the patent is under close medical supervision.

Just like other drugs, the medicines of chemotherapy are also prepared while considering the rate of metabolization. If the CBD products interfere with that rate, the build-up can cause severe toxicity in the patients.

All in all, there is no doubt that the CBD is capturing the attention of the medical world, there is still not enough research on the effects on the patients. The preliminary research on CBD International products are mostly done on mice or in cell culture in Petri-dishes. Right now, CBD requires extensive human trials to make sure that it is beneficial for patients suffering from different issues.

Can Cannabis Counter The Pain From Migraines?