Can CBD Be Used For Treating Dementia?

The cannabis plant is triggering a range of controversial opinions around the world and is increasingly entering more fields of life. Although marijuana in recent years was mostly related... 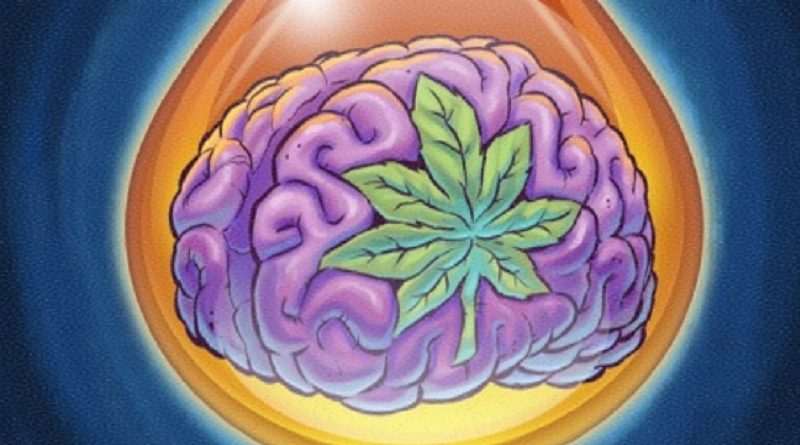 The cannabis plant is triggering a range of controversial opinions around the world and is increasingly entering more fields of life. Although marijuana in recent years was mostly related to recreational consumption and a fun flower to share with friends, its qualities are now being analyzed from the perspective of medicine and the pharmaceutical industry. Cannabis, in fact, has been used for centuries by different tribes and countries as a natural remedy to a diverse set of conditions.

Although the plant has been illegal in the majority of the world for years, recent scientific innovations have resulted in the legalization of the flower in countries such as Canada, a number of U.S. states, Australia, Argentina, Chile, Italy, and more. Even if recreational marijuana may not be legalized in the majority of regions on the globe, medical marijuana is truly starting to make a breakthrough.

One of the most popular compounds found in the plant is CBD – a valuable cannabinoid, which is increasingly being used to treat or improve a range of health conditions. One of the areas that research has focused on is the subject of dementia and CBD’s power to have an effect on the condition.

With the advancements in the world, the average lifecycle of humans is increasing, triggering the question of ways to live a healthy old age. Let’s dig deeper into CBD and dementia and uncover the relationship between the two.

The use of hemp for the cure of dementia is not a recently discovered practice. The Chinese and Indian people have sought the plant’ power centuries ago but the cure only entered Europe in the 19th century.

Dementia is a serious condition affecting mostly elderly people. There are more than 50 million people who suffer from dementia across the world, with forecasts suggesting that the number is to double every 20 years. Dementia can develop as a result of a range of different types of conditions, such as Alzheimer’s disease or Parkinson’s disease. Even individuals who survive a stroke can develop stroke dementia. An individual may suffer from a range of dementia types, making the condition even more difficult to deal with.

In simple terms, dementia relates to the loss of cognitive functioning and a number of behavioral abilities. In other words, people suffering from dementia have impaired thinking, reasoning, and remembering. Dementia seriously influences the ability to perform ordinary daily tasks as normal and can cause damage to the normal lifestyle of an individual. Those suffering from the condition have also reported troubles with using languages to their full extent, problems with visual perceptions, inability to solve problems, and lack of attention and concentration.

Furthermore, dementia harms one’s ability to manage and control emotions and can often lead to the development of a new personality, different that from before dementia. There are different stages of dementia, which influence a diverse set of abilities. At the final or worst stage of dementia, the one suffering must entirely rely on another individual or technology for survival or basic living.

In the first stages of dementia, the condition may be difficult to pinpoint. The individual may seem lacking in concentration but as it progresses, dementia becomes more serious and may even be a threat to the surroundings of the patient. In the beginning, dementia may include symptoms such as forgetfulness, lost track of time, or disorientation. As the condition develops, the patient may face a challenge with communication, may forget the names of close ones, and may require special care. Symptoms of dementia include violent behavior, inappropriate loudness, or other distracting behavior, restlessness, and more.

Patients with the late stage of dementia suffer from an inability to walk and a total failure to recognize the faces of friends or relatives.

The Nature of CBD

CBD is a non-psychoactive substance found in the Cannabis plant. Unlike THC, the green flower’s other dominant compound, CBD does not provoke a sense of being ‘high’ where senses are stimulated and alterations in the visualization and thought patterns of individuals are likely. CBD is being increasingly legalized across the world and is now part of official treatments for a range of health conditions in a number of countries.

What is CBD short for cannabidiol, the therapeutic and medically-approved compound found in marijuana or hemp? Research on the substance proves that it is not addictive for consumers and has the power to counteract the effects that the psychoactive substance THC has. CBD and THC are often interlinked as they are the two prevailing and most popular compounds of marijuana. However, their characteristics widely differ and consumers use them for different purposes, putting a line of differentiation between the two.

Cannabidiol has been used for centuries for a range of purposes, including pain relief, dealing with anxiety, inflammation, diabetes, autism, alcoholism, and even acne. The power of the compound is beyond the limit and today it is most commonly consumed under the form of CBD oil. Let’s have a look at what effects this substance can have on dementia.

Dementia’s most common symptoms include different forms of anxiety. CBD oil has the power to reduce anxiety and help individuals recover their normal way of living. However, anxiety is certainly not the only negative factor associated with dementia.

The condition includes different types of dementia, such as Alzheimer’s, Vascular dementia, or Parkinson’s disease. Studies with cannabinoids reveal that the compound has the ability to eradicate dementia from brain cells if taken with caution and with the right dose. Some of the main benefits of CBD for dementia are hidden in its capabilities of tackling inflammation, decreasing the oxygen buildup in the body, and acting like a brain stimulant and protector of the neurons. CBD consumed as CBD oil may also be helpful in helping slow down the process of memory loss or remove it completely by stimulating concentration and a better focus.

CBD found in hemp communicates with the part of the brain known as the endocannabinoid system. The system is made up of two receptors referred to as CB1 and CB2. While the CB1 receptor relates to the full brain, including the hippocampus, and other parts of the body, CB2 receptors take an active part in the gastrointestinal and immune system of the body. CB2 receptors also have their designated place in the brain but are not as compact as CB1 receptors. CB1 and CB2 receptors give us insight into the way that CBD affects the body and mind when consumed. As we can see just from the description of these receptors, the fact that CBD interacts with them is a signal that the compound has the capacity to play a role in memory, a central part of dementia’s concerns.

Alzheimer’s disease is one of the most widely discussed forms of dementia due to its popularity around the world. The condition is a disorder related to the nervous system, similar to AD. Due to the ability of CBD or cannabinoids to protect the nerve cells, the compound is believed to have a positive effect in providing cells with support and preventing them from degrading. Put that together with the substance’s antioxidant properties, no wonder that medicine is turning an eye towards CBD as a natural cure for dementia.

CBD may not have the full potential to 100% cure Alzheimer’s but its positive effects in helping alleviate the negative outcomes from the disease are certain. Studies conducted on mice reveal that CBD can slow down the aging of the brain and prevent negative results such as memory loss, associated with dementia. Another significant benefit of CBD is its ability to eliminate oxidative stress in AD patients. The substance can decrease DNA fragmentation and improve patients suffering from dementia’s condition.

As we mentioned earlier, CBD oil is a commonly used product and a treatment prescribed by doctors around the world today. CBD oil is a concentrated form of CBD, which can be vaped, put under the tongue, or used as an edible. For those in search of more creative ways of consuming CBD, the market provides products such as CBD lotions, creams, and other products and can be tried.

However, tackling dementia is a serious process and requires thorough research and professional consultation. With the increased amount of research into the field, individuals are becoming more comfortable with this alternative treatment method. It is worth noting that the substance should not be underestimated. Taking a higher dose than prescribed may lead to negative or no effects over the treated condition. Exploiting the benefits of CBD oil requires an understanding of your current condition and consideration of external factors, which may influence the substance’s effect on your body.

The Greater Options For Getting Out of Anxiety with Hemp Oil

Health Benefits And Risks Of Cannabis