Anxiety is an imperative feature of our body, we need it to detect dangerous situations and we stay safe. Unfortunately, a large percentage of the population suffers from this... 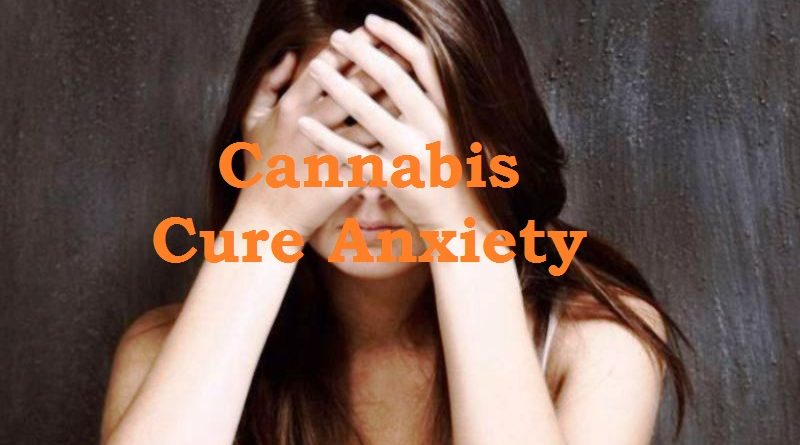 Anxiety is an imperative feature of our body, we need it to detect dangerous situations and we stay safe. Unfortunately, a large percentage of the population suffers from this type of problem for various reasons, something that makes it difficult for them to lead a normal life. Many of them may not know that CBD can help them.

Anxiety affects almost everyone in some way. Before giving a speech or doing something new, we may feel insecure or nervous. Some of these feelings can manifest in physical symptoms, such as difficulty breathing, wet hands, or headaches.

However, for people diagnosed with an anxiety disorder or who experience panic attacks, anxiety is much more than just feeling overwhelmed. When it happens, it weakens you completely.

Not all the symptoms of it are presented in an obvious way. In fact, there is a great stigma around this condition, usually associated, in the wrong way, with panic attacks. However, there are other factors that can indicate that we are facing the symptoms of anxiety:

History of cannabis use

Nearly half a millennium ago, the English clergyman Robert Burton suggested cannabis for the treatment of depression, one of the most common symptoms of anxiety disorders. In 1860, the Ohio State Medical Committee on Cannabis concluded: “As a soothing and hypnotic, in all forms of nervous restlessness and cerebral excitement, [in cannabis] you will find an invaluable agent since it does not produce any of those functional disorders or sequences that make many of the most common remedies reprehensible.”

Is CBD an aid against anxiety?

Anxiety is integrated into our biological system as a survival mechanism that remains with us from our farthest ancestors. What we did not suppose is that the mechanism does not adapt to the complicated life in the big cities of today. What reactions with anxiety to the inputs in a world full of inputs is an evolutionary disaster.

You have to differentiate between having anxiety for something more or less specific than having an anxiety disorder. In general, the disorders are usually much more complicated to treat than to suffer anxiety temporarily by a specific input.

According to some studies, the CBD can compete with products that reduce anxiety such as Xanax or Prozac. These medications often prevent the brain from reabsorbing serotonin and so calm the episode of anxiety. They usually improve mood by stimulating the overproduction of neurons in the hippocampus, something that has proven useful against depression and anxiety.

CBD has a similar effect in that it also produces neurogenesis. At least that’s what two studies say, one from 2013 and another from 2016. The problem is that we still do not know exactly how to treat anxiety properly with the CBD. Each one should investigate what happens to him and what should be the amount he needs, how he manages it, etc. Without going any further, some of those who write here and who suffer from anxiety have not managed to find an adequate combination. For these reasons we need to investigate more about the matter so that we know exactly how cannabis can help in cases like these.

For example, if one uses CBD oil that carries some THC one may suffer the opposite reaction to quell anxiety. Some recommend that one should specifically look for hemp oil because it contains large amounts of CBD and, in addition, they are usually legal.

Also, one should know that social anxiety, quite common, is not treated equally to the anxiety of the PTSD, a panic attack. For example, vaping a CBD cartridge for the panic attack will most likely not be useful.

CBD is useful in cases in which one must treat the anxiety that THC has produced. In this case, the best way to lower the speed that is producing that joint that went wrong is with a little bit of CBD oil.

How can CBD relieve anxiety?

CBD, like THC, is one of the most prominent cannabinoids in the cannabis plant. However, cannabidiol (CBD) works differently from other cannabinoids. According to several experts, CBD can reduce anxiety because it helps boost signaling through serotonin receptors, promoting a positive mood and an anxiolytic and relaxing effect.

A Brazilian researcher carried out a study to test the effects of CBD in people with this disorder. The essay was completed with the opinions of the people who participated and with a brain scan that was done. The study concluded that cerebral blood flow patterns were consistent with an anti-anxiety effect. Thus, it was also shown that anxiety levels had been reduced after consuming cannabidiol.

Taking into account that more and more people around the world suffer from mental health problems, CBD is an alternative to take a safe and natural treatment with the ability to improve the symptoms and quality of life of people. Though all this is not to tell you that you are going to buy CBD and throw your medications out the window. Some experts still have reservations about the use of CBD as a mental health treatment and advice patients to exercise caution.

Instructions How To Use CBD Oil Products