Everything You Need to Know about Hemp Plants

Hemp is a woody plant characterized by a very resistant fiber and seeds rich in active principles, whose use can boast very ancient origins. Depending on its processing and... 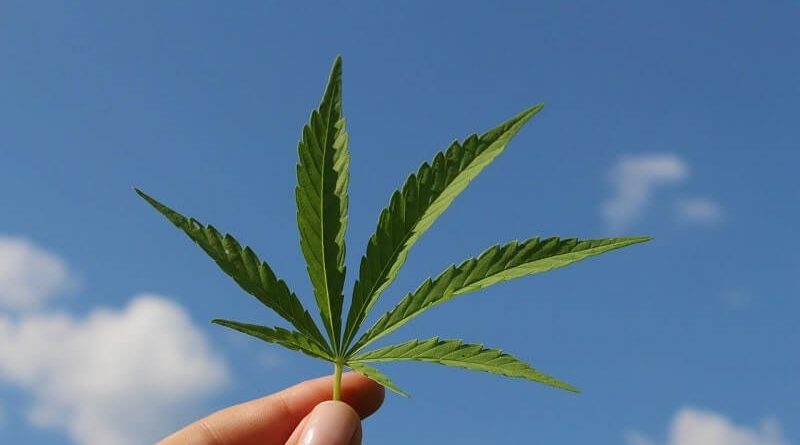 Hemp is a woody plant characterized by a very resistant fiber and seeds rich in active principles, whose use can boast very ancient origins. Depending on its processing and the use it wants to do, it can be used in many sectors from food to textiles.

There are many varieties of plants whose difference lies in the degree of THC, the chemical responsible for the effects on the nervous system of the human being. The most cultivated is the Hemp Sativa, precisely because in its resin the percentage of THC is almost absent. For this reason, it is the most used in the industrial sector.

It is an annual herbaceous plant that can reach up to 5 meters in height, extremely robust, whose lance-shaped leaves are the main source of energy. In fact, the fan leaves are indicators of the health of the plant, since it is precisely from the leaves that one can see whether it has been attacked by mold or has been infested.

It is a spontaneous dioeciously plant, with male flowers and female flowers on separate specimens. The sex of the single element is easily recognizable starting from the flowers, already in the embryonic state: the male flowers appear in groups of buds united in axillary clusters; every single flower shows 5 stamens. The male plants are those that produce the flowers that release the pollen.

The female one instead presents a false spike, thick and compact; in turn, the single flower has a unilocular ovary. It is from these flowers that the buds develop.

Sometimes, it may happen that female specimens develop male reproductive organs, becoming hermaphrodites. It is a mechanism of self-defense of the plant, which, in stressful circumstances in which it fears for its safety, develops so that it can self-pollinate, thus ensuring the production of seeds before the death of the plant.

Hemp is a brevidiurna plant and its vegetative development takes place mainly during the summer days. Then when, at the end of the season, the hours of light begin to gradually decrease, it begins to bloom. The minimum number of hours of light required for flowering is 12 to 14 hours. Normally, and especially the medicinal varieties, it is grown in artificial environments (the so-called indoor environments ) in which the period of exposure to light is increased, which can sometimes reach up to 24 hours.

The harvest, especially in the case of specimens grown for therapeutic purposes, must take place at the time of maximum flowering, in which there is a high concentration of cannabinoids. Female inflorescences and leaves are therefore the main sources of active ingredients.

Hemp and cannabis are often confused, but there are differences, although very subtle, even though they belong to the same plant species. The main difference lies in the genetic framework, the consequence of two different types of evolution.

Basically, the big difference is in the amount of THC present in the leaves, a chemical that brings cannabis back into the list of light plants. Hemp is almost devoid of THC, which is why it is the most cultivated and used for the production of foods like hemp seeds, oil, or flour, being rich in nutrients, but not only. Hemp can be used in many sectors such as bio-fuel, fabrics and cordage, cosmetics, and many other innovative areas, such as bio-construction.

The industrial varieties are very numerous, but the most known and widespread are three: Canapa Sativa, Canapa Indica, and Canapa Ruderalis.

Sativa is certainly the most widespread variety. The origin can be circumscribed to the warmer areas, close to the equator, where the hours of daily sun exposure remain constant throughout the year. This type of habitat in which the Sativa has developed has given particular characteristics that distinguish it: unlike the other plants, this one appears as less bushy and airier, besides being the one that reaches the most impressive dimensions, with flowering periods longer and higher yields.

In Sativa leaves there is a higher concentration of THC and a smaller quantity of CBD, another non-psychoactive cannabinoid present in large quantities in hemp. Hemp Sativa has therefore stimulating effects and is particularly indicated for therapeutic purposes.

The Hemp Indica is normally indicated for those who have little space to devote to crops; the Indica specimens are in fact characterized by the smaller and bushier dimensions. Furthermore, Indica gives the possibility of having multiple blooms in less time. The Indica variety comes from the subtropical areas of the planet, in areas far enough from the equator and in which the hours of sunlight are much more variable, such as Pakistan and Afghanistan.

To take full advantage of the sunlight, the leaves of Indica Hemp have developed differently, resulting in stockier and reaching a more accelerated flowering process. This plant is therefore recommended for those who want to make the most of its potential in a relatively short time. Thanks to its CBD / THC ratio, the Indica provides greater relaxation to the user.

Cannabis 101: How Is Your Basic Knowledge About Cannabis?