For anyone who has experienced GastroPhase, or an uncontrollable hunger strike, it is hard to believe that regular smoking of marijuana is associated with lower body weight. Question is... 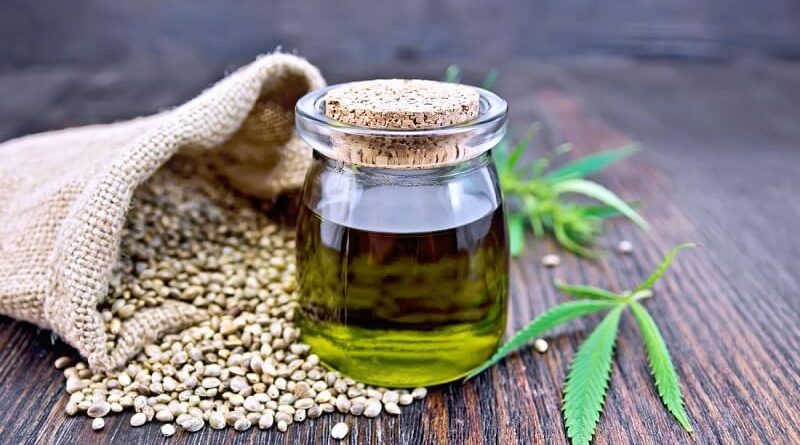 For anyone who has experienced GastroPhase, or an uncontrollable hunger strike, it is hard to believe that regular smoking of marijuana is associated with lower body weight. Question is Can hemp oil help you lose weight?

Researchers at the University of Miami, who published the study in the Journal of Mental Health Policy and Economics, showed that regular cannabis smokers had a lower body mass index (BMI), a body fat index based on height and weight, than people, that do not use marijuana.

Based on data from the National Longitudinal Survey of Adolescent, researchers found that women who regularly smoked marijuana had a lower BMI by 3.1% compared to women who did not use it. Men had a lower body mass index by about 2.7%.

These studies are not the first to show a positive aspect of cannabis use in relation to obesity and BMI.

The Medical Daily published an infographic based on a 2013 study that showed that marijuana was associated not only with a lower likelihood of obesity, but also led to a reduction in fasting insulin and insulin resistance.

Based on these findings, the research team found that marijuana helped control insulin levels and regulate body weight. For the question can hemp oil help you lose weight? There are a number of answers that you can get.

As early as 2011, Time magazine reported a similar study published in the American Journal of Epidemiology, which showed the same relationship between marijuana use and body weight.

Although various scientific studies show similar effects of marijuana on BMI, none of them suggested it as a potential tool for slimming.

Studies, however, confirm that regular cannabis smoking helps control and regulate body mass, which is good information for countries where obesity is becoming more common.

Although at first glance, the belief that taking THC is associated with lower body weight may be counter-intuitive (GastroPhase), the findings described by the Canadian research team have shown that administering small amounts of THC prevents weight gain.

Researchers at the University of Calgary in Alberta and the Center for Addiction and Mental Health in Toronto assessed the effect of the daily dose of THC on mouse obesity.

“Chronic use of THC prevents weight gain,” the researchers confirmed.

The researchers added that “the effect on body weight was mainly caused by the inhibition of adipose tissue growth” and speculate that “These effects may occur partially by modifying the intestinal bacterial flora”.

For example, a study from 2011, in which over 50,000 US citizens aged 18 participated, showed that “the incidence of obesity is significantly lower in people using cannabis.”

Last year, Canadian scientists evaluated the health of more than 750 adult Eskimos and found that those who used marijuana had a lower body mass index than people who did not use it.

More recently, researchers at the University of Miami have analyzed the relationship between cannabis use and metabolic syndrome in a group of nearly 8,500 people between the ages of 20 and 59. Research published in the American Journal of Medicine has shown that people who eat cannabis are 50% less likely to have metabolic syndrome compared to people who do not. Metabolic syndrome is a group of risk factors, including high blood pressure, high blood fat, unhealthy cholesterol and fat, which is associated with, among other things, an increased risk of heart disease and diabetes.

Marijuana is a green or brown-green mixture of inflorescences and leaves of Cannabis Sativa Hemp plants. Hashish consists of resinous secretions of the cannabis plant. Synthetic THC – Dronabinol is a light yellow, resinous oil.

Marijuana contains active chemical compounds called cannabinoids, including cannabinol, cannabidiol, cannabinoid acids, cannabichromene, and several tetrahydrocannabinol isomers (THC). The Delta-9-THC isomer is responsible for the majority of the psychoactive effects characteristic of marijuana. The term “marijuana” refers to leaves and blossoming tops of cannabis plants, plant inflorescences are characterized by a high content of cannabinoids. Hashish consists of active compound-rich secretions of cannabis plants that are harvested, dried, and compressed for its production. The hashish oil is prepared by extracting cannabinoids from plant material using a solvent. In US federal law, as in Poland, marijuana, hashish, and hashish oil are included in the list of prohibited substances.

Classification of a psychoactive substance:

The spectrum of behavioral effects induced by marijuana is unique and makes it impossible to classify it into known groups of narcotic drugs such as stimulants, sedatives, or hallucinogens. Dronabinol is a drug that stimulates the appetite and antiemetic.

Recreational: Marijuana is widely used throughout the world as a mood-altering, relaxing, and euphoric measure.

Recreational doses are varied, consumers usually choose the right dose for themselves. For the sense of marijuana effects, two or three inhalations of her smoke are usually enough. In the case of medical use of Marinol, a 2.5 mg twice daily dose is recommended.