Health Benefits of Hemp Seeds to your Body

Hemp oil with a high biological value contains a large number of nutrients that are beneficial to human health. Their proportions are perfectly balanced, and therefore they are easily... 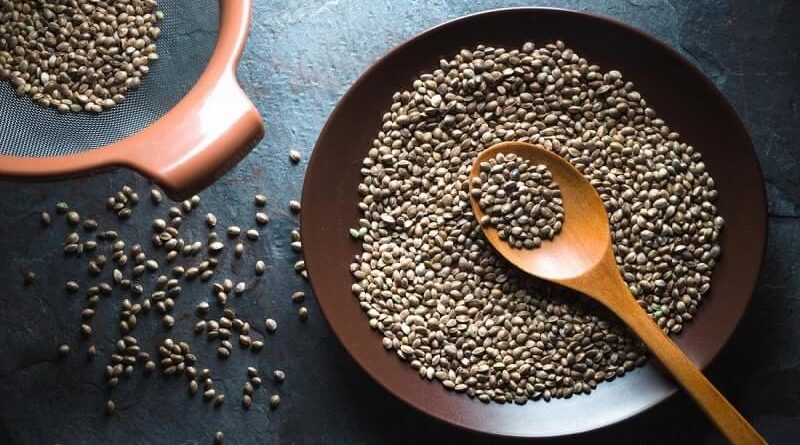 Hemp oil with a high biological value contains a large number of nutrients that are beneficial to human health. Their proportions are perfectly balanced, and therefore they are easily absorbed by the body. But What does hemp do to your body? Read more here.

It should be noted that, unlike the plant itself, it cannot contain psychoactive substances – cannabinoids. They have been confirmed by medical practice.

The healing qualities of hemp oil known for a long time. Mention of it can be found in the records of many nations of the world who lived in Europe, Russia, and Asia.

Its exceptional healing properties are widely used in Chinese traditional medicine. Various tinctures and ointments were made from it, which were used to heal skin lesions, improve the functioning of the digestive tract, counteract fungi, and eliminate edema and inflammation.

In Russia, hemp oil was used to prepare a large number of dishes that were eaten everywhere. In the diet of the Eastern Slavs, it occupied the same place that today we have sunflower. Flatbread from seeds is still considered one of the traditional dishes of ancient Slavic cuisine, and hemp porridge was the most common food of peasants. But What does hemp do to your body? You need the best deal.

Hemp oil for hair was also used for cosmetic purposes. With it eliminated dryness, gave volume, and shine.

To obtain it most often use the method of cold pressing. It allows you to save all the beneficial substances contained in the seeds, and also makes the resulting product easily digestible for the body. Sometimes the method of hot pressing is used, but after it, some of the positive qualities of the product are lost.

Ready hemp oil has a light green color. This is due to the high levels of chlorophyll. It has a pleasant aroma, and its taste is slightly sour.

The dietary and nutritional value of hemp seed oil is several times higher than the beneficial properties of a similar product from flax. It contains the unique composition of polyunsaturated, saturated, unsaturated, and monounsaturated fatty acids, which are contained in the following proportions:

It is this composition that is perfectly balanced for the human body. Also in the composition are present:

Hemp oil is beneficial for absolutely all people, regardless of age. The unique and balanced composition of useful substances gives it a mass of useful and healing properties, namely:

The use of hemp seed oil in medicine

Healing qualities of cannabis seed oil are confirmed by a large number of clinical studies. In addition, it is a natural therapeutic and prophylactic agent that is recommended to be used to contain diseases of various organs and systems.

Thanks to the ideal proportions of fatty acids, hemp oil is able to lower cholesterol levels in the blood. It also clears blood vessels from plaques, strengthens the heart muscles. It is recommended to take to reduce the risk of strokes and heart attacks.

Hemp oil promotes the synthesis of blood cells, due to the presence in its composition of chlorophyll, zinc, and iron. It is recommended for people suffering from anemia.

The effectiveness of the use of cannabis oil in complex therapy for the treatment of asthmatic diseases and respiratory infections was proven in the 90s of the last century. It is recommended for patients suffering from bronchitis, tuberculosis, pneumonia, upper respiratory tract infections, and bronchial asthma.

Doctor’s oncologists use it in complex therapy to reduce side effects after chemotherapy.

The use of marijuana oil by eating has been repeatedly proven by scientists’ dietetics. It has a positive effect on the work of the entire human digestive system. It helps well with colitis, gastritis, cholecystitis, and stomach ulcers.

With regular use in the food improves the metabolic process. It is often included in the diet of people who are experiencing problems with being overweight.

Cannabis seed oil is an effective treatment for many dermatological diseases. It is recommended to include in the diet of patients suffering from lupus, psoriasis, eczema, and dermatitis. It can also be used to treat burns, skin redness, boils, inflamed and non-healing wounds.

Hemp oil has a calming, anti-inflammatory, and analgesic effect on the human musculoskeletal system. Linoleic acid contained in it promotes the absorption of calcium, which strengthens the bones. It is recommended to take for fractures, bruises, osteoporosis, sprains, arthrosis, and osteochondrosis.

It has a beneficial effect on the human central nervous system. He is advised to include in the diet of people suffering from insomnia, hyperactivity, and inhibition of reactions, neurosis, and other behavioral disorders.

Hemp oil has a positive effect on human immunity, enhancing its protective function. It optimizes the immune system, which helps it resist diseases more effectively.

The Different Aspects of Brain Healing with CBD