Medical Cannabis for the Treatment of Dementia Patients

Understanding the brain is never an easy thing especially when it is affected by Dementia. Evidence today suggests that cannabis may help, so let’s take a deeper look at... 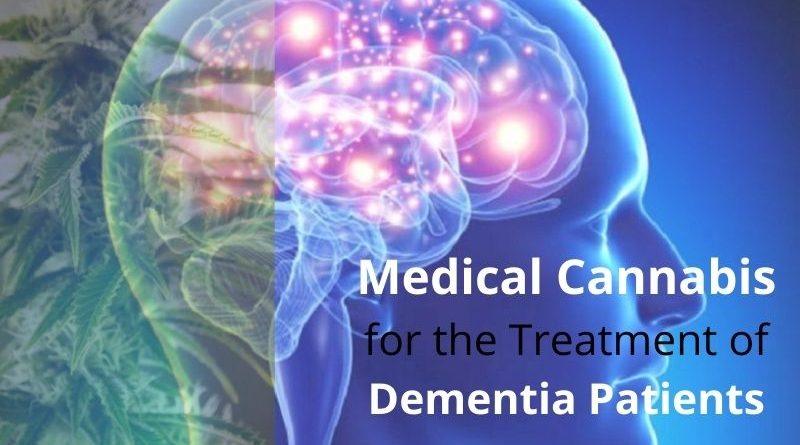 Understanding the brain is never an easy thing especially when it is affected by Dementia. Evidence today suggests that cannabis may help, so let’s take a deeper look at the matter.

Dementia is a debilitating disease that society still struggles to understand and treat. It negatively affects the lives of all those who are affected by it, starting with the patients themselves to their relatives and the family around them. The research strives to find new and different ways of shedding light on this disease, and one of them is focused on cannabis. So let’s take a look at the situation.

The Discovery Of Dementia Disease

Dementia disease was discovered in 1907 by Dr. Alois Alzheimer. It was first observed in a middle-aged patient named Auguste Deter, who showed signs of dementia and other specific brain changes. Being a middle-aged person, and not an elderly person, Dementia was considered a rare case, observable only among subjects under the age of sixty-five.

It was only when Dr. Robert Katzman made the controversial claim in 1970 that senile dementia and Dementia are the same pathology, and certainly not a normal aspect of the aging process, that we came to the understanding of the disease we share today.

What Exactly Is Dementia Disease?

Dementia is a term for a whole range of degenerative brain disorders and is the most common form of dementia, affecting 70% of dementia sufferers worldwide. The disease itself is a neurological condition involving brain cell death, memory loss, and cognitive decline, moderate at first and progressively worsening. The disease can be sporadic or familial: the sporadic form can affect any adult, but usually occurs after sixty-five years of age. The familial form is very rare and is a genetic disorder that affects various genes. Mutations in these genes mean that the person can develop Dementia in their thirties or forties.

The variety of symptoms includes: confusion in everyday conversation, slowing down in habitual activities, loss of enthusiasm for previously liked activities, often persistent memory difficulties – especially for recent events, forgetting well-known places, people and faces, unpredictability emotional and deterioration of interpersonal skills, difficulty or inability to process instructions and questions. All this may indicate the presence of one or more similar conditions, such as Dementia disease, vascular dementia, or Lewy body dementia.

Before we talk about cannabis, and how Dementia damages the brain, it’s important to understand how a healthy brain works (in very basic terms).

The brain is a multisystem organic supercomputer, powered by a strictly organized network of arteries, veins, and capillaries. There are more connections between neurons (or brain cells) than stars in our galaxy.

The external areas of the brain that we all know contain the higher functions, such as creative thinking, empathy, morality, displeasure. The lateral areas are those in which language is processed, and it is in the back that the signals coming from the eyes are processed to give us sight. Deep inside the brain, at the top of the spinal cord, is a small area that controls automatic and primitive functions such as breathing and heartbeat. This is where muscle memory is located, which allows us to ride a bike and handle a knife without having to relearn it every time.

Even deeper is the hippocampus and limbic system, where new memories are processed and transmitted to the rest of the brain, and where neurogenesis, the creation of new brain cells, takes place.

Specifically, the brain works through communication between neurons. It is a huge and complex set of neurons that make up the brain that is constantly talking to each other, and this conversation is made possible by neurotransmitters. These chemicals are emitted by one brain cell, move across the synapse, and are received by another brain cell. The whole process repeats itself, and another stream is released millions of times per second. This is what constitutes thoughts, reflexes, and the way our body transmits sensations from the spinal cord to translate them into an experience.

Neurotransmitters are a finely balanced cocktail that allows the brain to communicate with itself and the surrounding world. The brain has over a hundred billion brain cells, and between 10,000 and 15,000 connections for each brain, the cell requires the proper work of neurotransmitters to function.

The Human Brain With Dementia Disease

Now that we’ve seen what the brain should be like, let’s take a look at the action of Dementia. The reason we have given so many details about the brain is very simple: the whole brain is affected by Dementia disease. In 1907, the good Dr. Alzheimer discovered post mortem in Mrs. Deter that the outer layer of the cerebral cortex – the part responsible for memory, language, and reasoning – had shrunk considerably, and that this reduction was caused by the death of brain cells. He also discovered neurofibrillary tangles inside the cells and other known plaques on the outside. The aggressive beta-amyloid protein AβPP / PS1 forms microscopic plaques between brain cells and interrupts the correct exchange between neurotransmitters.

The Best CBD Usages for Your Pet in 2021

Why You Should Still Use Regular Marijuana Seeds