Multiple Benefits that the CBD Oil Gifts You

The benefits of Cannabidiol (CBD) have been documented in times before the Christian era. Currently, the plasticity of the cannabis genome, as well as the lack of efficacy of... 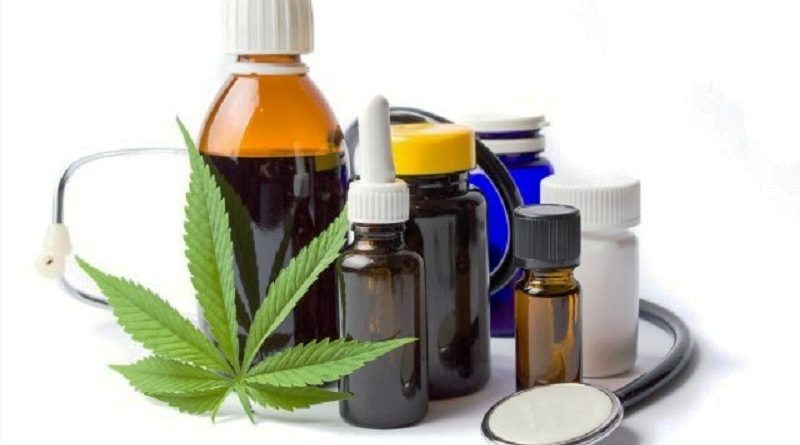 The benefits of Cannabidiol (CBD) have been documented in times before the Christian era.

Currently, the plasticity of the cannabis genome, as well as the lack of efficacy of synthetic drugs to adequately treat diseases with higher morbidity, have led to the CBD regaining considerable attention. However, it is of vital importance that therapies using CBD be justified and based on empirical, measurable, and reproducible evidence.

Among the numerous literature on medicinal marijuana properties, both in cell lines, studies in laboratories and clinical trials with human patients, different benefits are reported:

Anti-epileptic: Studies suggest that CBD has properties to reduce the severity and frequency of epileptic seizures in children resistant to drugs created for this purpose. The number of clinical trials conducted to elucidate the effectiveness of CBD is increasing since a more robust methodology and a larger number of patients are needed in order to know the real potential of this compound.

These properties have been studied within models of diseases such as Alzheimer’s, Multiple Sclerosis, Parkinson’s disease, glutamate toxicity, and neurodegeneration caused by alcohol. In double-blind clinical trials in patients with Parkinson’s disease, they report improvement in the parameters known as the Quality-of-life scale.

On the other hand, the study conducted by Philpott, O’Brien, and McDougall in 2017, reports that treatment with CBD may be a beneficial therapy for the population of patients who experience neuropathic arthritis and are refractory to the first- and second-line analgesics currently used. Several cannabis compounds, including CBD, have been shown to be neuroprotective in other musculoskeletal disorders In a preclinical model of multiple sclerosis, CBD was shown to improve clinical recovery and rotational scores in animals, correlating and indicating a neuroprotective effect, and CBD has been implicated in the deceleration of the progression and the promotion of the survival of neurons in a preclinical model of amyotrophic lateral sclerosis. These studies, in addition to the results, presented, highlight the potential usefulness of CBD as an analgesic and neuroprotective agent.

There are multiple and varied reports of the anti-tumor effects of CBD in breast cancer cell cultures. These studies reveal cell viability, increase in apoptosis (programmed cell death) specific of cancer cells, reduction of tumor growth, and inhibition of metastasis, possibly due to the anti-oxidative and anti-inflammatory properties of CBD.

In laboratory protocols designed to simulate post-traumatic stress disorder, it is found that CBD improves “consolidation of extinction”, in other words, forgetting traumatic experiences/memories.

The growing clinical evidence indicates that CBD acts as an antipsychotic, anxiolytic, in addition to exercising a neuroprotective action, is increasing proportionally with those investigations that report the protective effects of CBD to the consumption of psycho-toxic substances, anxiogenic or deleterious effects such as THC, alcohol or synthetic narcotics. This suggests that CBD can help cushion the symptoms of those individuals with early stages of psychosis and even comorbid cannabis use.

The most recommended and used varieties for the production of CBD oil is in a ratio of 1: 1 (THC 9.5% and CBD 9.5%) or with a ratio of 1: 1 (THC 10% and CBD 10%). This magnificent proportion between its psychoactive and non-psychoactive components is what makes it ideal for its therapeutic consumption since it keeps the stimulating effects at bay while the therapeutic effects are those required by consumers interested in this type of effect.

For whom is CBD oil recommended?

It is known that CBD activates and stimulates the responses of the body’s nervous system. It has been shown that there are two cannabinoid receptors in the human body and that the CBD oil works with its CBD component improving body functions.

The CBD is recognized by the scientific community for its analgesic and anti-inflammatory, although its anticonvulsant properties (effective for patients with epilepsy), one of its great potentials is its neuroprotective and regenerative capacity, which helps to cure diseases such as sclerosis.

CBD oil can also be recommended to patients with psoriasis. The universities of Nottingham and Reading in the UK conducted a study in 2007 that showed how cannabinoid compounds as inhibitors of keratinocyte proliferation (predominant cells in the epidermis) function. In this study, they came to the result that cannabis and especially oil CBD is a potential therapy for psoriasis.

The topical use of CBD oil on psoriasis decreases the itching it causes and is also an excellent ally to make them decrease in size while reducing the level of inflammation. The reduction of inflammation in a chronic disease such as psoriasis is synonymous with a considerable improvement in the quality of life of these patients.

CBD oil can be obtained in various forms, liquid, cream, and even chewable. There are continuous investigations about the multiple medicinal properties of CBD, proving that there are a series of disorders of the body, whose symptoms are relieved by CBD. In 2003, the US Department of Health and Human Services allowed a patient to be treated for inflammatory and neurodegenerative disorders with CBD. The FDA has recently approved the use of CBD in medical tests. If you are looking to buy CBD that is sold on the internet, they are classified as personal care products or natural supplements. The continuous investigations carried out do not cease to shed more and more light on CBD oils.

CBD Oil – The Unavoidable Benefits Will Help You Progress in Life