Understanding the Current Status of Federal Marijuana Legalization in the USA

The liberal policies of governments in the USA are providing an ideal environment for marijuana businesses to thrive. Cannabis has already become a billion-dollar business in the United States.... 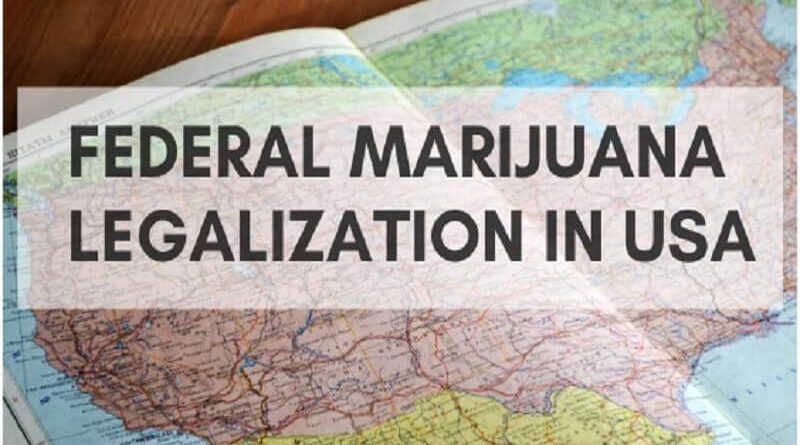 The liberal policies of governments in the USA are providing an ideal environment for marijuana businesses to thrive. Cannabis has already become a billion-dollar business in the United States. It is estimated to surpass the benchmark of $30 billion in 2023. In 1973, Oregano became the first state that introduced liberal policies to decriminalize cannabis use. Followed by Oregano, California legalized medical marijuana in 1996.

Finally, in 2012, Washington and Colorado became the first-ever states that gave legal recognition to recreational marijuana. It took around 40 years to influence the federal lawmakers for revoking ban on cannabis selling and consumption. Still, the legal statuses of marijuana majorly vary from state to state until now. Before discussing them, it is important to know the reasons why lawmakers are uplifting the ban gradually? Scroll down to get the answer,

Around a few decades ago, cannabis consumption was completely considered as taboo (even the number of cannabis users was still high). What could be the reasons to reconsider the restriction policies? Here are some influential points:-

Several recently published medical journals proved that the cannabinoids and terpenes of the cannabis plant are highly beneficial for health. Not only CBD but its psychoactive compound THC also comprises various health benefits. From mental health issues like depression and Alzheimer’s to physical health issues like low appetite, insomnia, and diabetes, cannabinoids showed some significant results. It becomes the biggest reason for allowing the sale of cannabis in recreational dispensaries.

Unlike opioids, alcohol, cocaine, synthetic drugs, and alcohol, cannabis is the least addictive substance. If you consume marijuana strains without mixing tobacco or any other psychoactive element, the chances of addiction will be around 5-6%. On the other hand, synthetic drugs are the most addictive substances. Although cannabis has a high uplifting potency, still, it is much safer than alcohol when it comes to addiction. If alcohol is legal worldwide, what should be the problem with cannabis?

Cannabis is widely known as a weed in its slang term. It grows abundantly almost in every part of the world. Cannabis doesn’t require special care to thrive. Therefore, complete eradication is not possible. Also, its processing is so easy that anyone can consume without requiring any special skills. Rubbed black hash, dried leaves strains, and fried snacks are some very common ways to get high on cannabis without even buying. The federal lawmakers realized that ban it or not, the market of cannabis will continuously thrive. It’s better to generate heavy revenue by legalizing rather than allowing the black market to dominate.

From these three points, it has become clear that the extreme environment adaptable nature and medicinal benefits are the collective reasons behind the ban revocation on marijuana. However, not all states agree on liberalization. Some gave full permission, some allowed it partially and others completely banned. Below is a list of all states and their current policies for marijuana legal status as per the recently published data on Wikipedia.

Currently, 11 states are allowing the sale of recreational marijuana near you, 23 states for the medicinal purpose (with THC), 14 states for medicinal purposes (without THC), and 4 completely prohibited it. From the above data, it becomes clear that the legalization status for marijuana is divided into four major categories including:-

2) Medicinal use (With THC)

Medicinal properties are among the major reasons why some states started revoking the ban. States like Virginia and Utah allow patients suffering from health problems like depression, cancer, and other inflammatory diseases to consume cannabis. They get special authorization cards to become eligible for using marijuana products.

3) Medicinal use (Without THC)

THC is the main psychoactive compound in marijuana plants and the main reason behind its prohibition. Therefore, states like North Carolina and Mississippi allow only CBD part of the cannabis plant for medicinal purposes.

Right now, four states are maintaining strict prohibitions rules for the sale and consumption of all marijuana types. These are Idaho, South Dakota, Nebraska, and Kansas.

There are also some states where recreational marijuana is completely prohibited but it is decriminalized. Similarly, different states customized their legal policies regarding cultivation, transportation, and consumption with additional rules. We will surely witness some significant liberalization moves in legalizing marijuana. You can check the above chart to gain exact information about every single state clearly.

The Perfect Extraction of CBD Now