Thousands of marijuana strains have been identified, hybridized, and smoked over the years. No other strain has probably achieved the legendary status of White Widow. To this day, the... 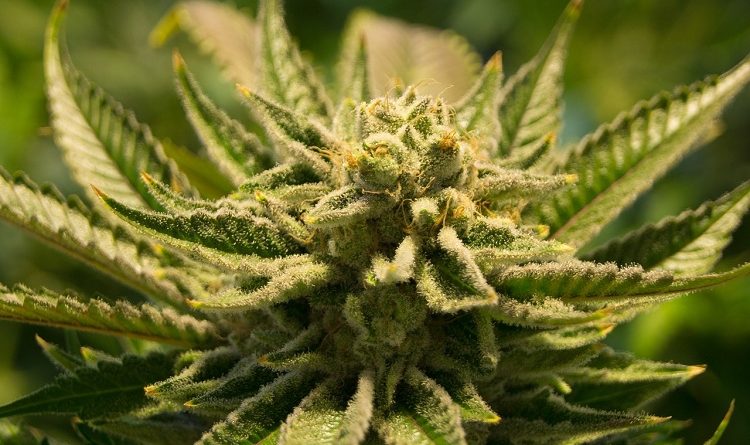 Thousands of marijuana strains have been identified, hybridized, and smoked over the years. No other strain has probably achieved the legendary status of White Widow. To this day, the origin of this strain is unknown.White Widow feminized is one of the most beautiful cannabis strains now available.Long before the buds are dried and cured, this cultivar features tall, magnificent plants glistening with crystalline trichomes, which serve as a witness to the strain’s strength.

THC levels as high as 25% make this strain likely to have a knockout effect, making it a great late-afternoon or weekend strain.White Widow feminized cannabis provides a very calming body stone and a beautiful cerebral high, helping you rest and decompress from the day’s pressures. There is no reason to buy weed when you can cultivate it yourself? Continue reading to learn more about White Widow’s feminized seeds, as well as the strain’s effects, flavor profile, and growth characteristics.

White Widow is a well-known legend around the world.

Using White Widow S1 genetics, our professional breeders created our version of this classic at Seed Supreme. Our strain is 50 percent Indica and 50 percent Sativa, resulting in a perfect genetic balance. She’s in the middle of the spectrum, giving you the best of both worlds.

According to mythology, the white widow was the result of years of selection and breeding in the Kerala mountains to develop resin-rich marijuana plants.White Widow seeds have been disseminated worldwide since the first release in the 1990s, resulting in a plethora of mutations on the original strain.

Our feminized White Widow reaches a height of about 1 meter indoors and up to 2 meters outside. It requires a lot of sunshine to flourish, yet it can be cultivated in colder climates like France, the United Kingdom, and the Netherlands. It may produce 450–500g/m2 when grown indoors under a 600W light. Growers can get between 550 and 600 grams per plant while growing outside. Although this cultivar performs better in hotter areas, it produces outstanding results in colder regions in northern Europe.

After 8-10 weeks, White Widow finishes flowering and requires little upkeep. This is an excellent plant for new growers. This plant’s qualities make it a perfect choice for SOG and ScrOG operations.If she isn’t trained, she will generate a substantial central cola. Although attractive and striking, a little training will yield better outcomes. During the early vegetative phase, top each plant and utilize LST and defoliation to develop many bud sites and an open, aerated canopy.

White Widow Is One Of The Most Uplifting Strains In The Archive.

Smoking White Widow produces effects similar to those of the best Sativa-dominant plants, providing a memorable, nearly psychedelic high. This will be felt in the head of smokers, with a cerebral wave pouring over them. The flavor is clean and piney, with a tinge of citrus on the exhale, making for an energizing and delicious smoke. White Widow feminized isn’t just another White Widow; it mixes old-school genetics with cutting-edge technology.

White Widow is an excellent smoke for hectic days and creative tasks because of these effects. Her energizing high instills enough passion and motivation to keep you working on your project for far longer than usual.

The terpenes myrcene, pinene, and caryophyllene are abundant in her dense buds. Spice, earthiness, and pepper aromas combine with these aromatic molecules to form a flavor character. White Widow is especially good in savory dishes, where her pungency shines through.

White Widow is well-loved in cannabis societies worldwide because it is stunningly gorgeous, incredibly potent, and exceptionally scented.White Widow feminized cannabis, a valuable medicinal herb, and a hard-hitting recreational weed is now available for you to grow.

Even first-time gardeners can successfully cultivate these cannabis seeds at home because it is a beginner-friendly strain.Weed from White Widow feminized seeds is dank and earthy, with a soaring cerebral high that relaxes the body and mind, alleviating tension and stress.

Plants from these marijuana seeds, as the evil child of two landrace strains, can readily endure most chilly climes if they’re protected from bugs, mold, and mildew.White Widow feminized seeds are heavy-yielding strain that grows well on any substrate, controlled environment, or outdoors.It’s a strain that every planter should have in their collection.

White widow has a distinct appearance, smell, and flavor.

White Widow buds are termed “white” for two reasons: covered in dense, icy white crystals and have a sugared appearance. When it’s time to harvest, this plant tends not fully to color up, and it has a large resin gland. The leaves are green and lengthy, despite the plant’s relatively small size. The powerful aroma of soil, herbs, spices, and wood emanates from White Widow buds. It’s almost as if an orange was sprayed with pepper. White Widow’s smoke is pleasantly sweet, with notes of fresh citrus, earth, and pine.

The White Widow enjoys being in hot weather.

The White Widow thrives in highly hot climates because it is a sativa-dominant strain (with a 40:60 indica/sativa ratio) that produces sticky blossoms (because of the presence of resin). It prefers more sunlight and warmer growing circumstances than it does in its native area. Fortunately, the White Widow is a low-maintenance type that thrives in conditions comparable to those seen in northern Europe. The White Widow blooms after about 60 days, and one indoor plant can generate up to 55–65 grammes of cannabis (21 ounces of bud per 10 square feet).

Because it is especially prone to hydroponic growing, White Widow seeds have historically been known to thrive better in indoor situations. Growing White Widow indoors, according to experts, is a superior alternative because it flowers faster than when cultivated outdoors.

It is recommended that the moisture level be kept low to avoid mildew and that the fertilizer be kept light to allow the flavours to develop and come out better.Indoors, the best temperature for growing White Widow is between 70 and 80 degrees Fahrenheit.

Everything You Need to Know About the Dutch Hormone Test